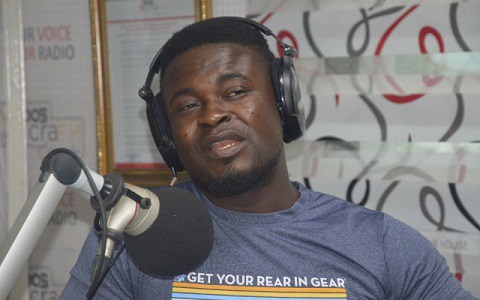 70% of gospel musicians use juju – Adu Patrick. The Ghanaian gospel artiste Adu Patrick, noted for his Nigerian-style of singing, has revealed that about 70 percent of Ghanaian gospel singers resort to black magic to propel them in their careers.

According to him, reliance on juju is more common among local gospel musicians than it is with secular artistes, saying at the right time God will expose those involved.

Speaking on Accra100.5FM’s mid-morning show, Ayekoo Ayekoo, on Thursday June 15, he said most gospel artistes in the country were envious of each other, hence taking to juju to outdo one another.

He said: “One thing hurting gospel artistes today is selfishness and the lack of unity among us. Everybody thinks he is superior to the other and that is why there is no unity, unlike years ago.

“Today, as we speak, about 70 per cent of gospel musicians visit shrines for juju for their musical careers and also to outdo other gospel artistes. This is real.

“You hear some people making it big, don’t look at them or don’t envy them. Just pray and thank God for your situation. Those musicians you see doing very well, most of them cannot sleep because of what they do all in the name of God.

“There is juju in gospel music more than hiplife and at the right time God himself will expose them.”

He further revealed that apart from gospel musicians, several men of God employ juju in their ministry.

“I don’t perform in certain churches when they invite me because some of these pastors are fetish priests who have clothed themselves with the Bible. They have realised that people will no longer come to the shrines as it used to be in the past to seek powers and so they themselves have entered the churches,” he said.