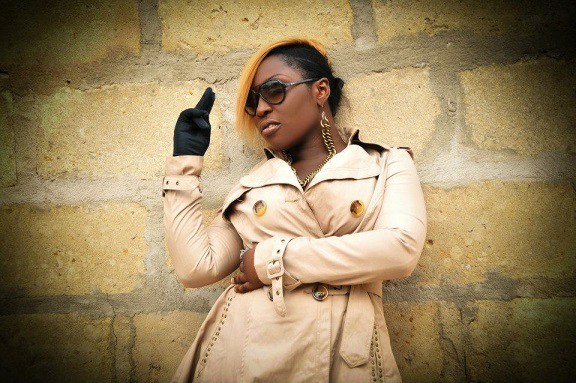 Eno who performed alongside Shatta Wale, M.anifest, Davido, Tiwa Savage, Falz and other great musicians at the just ended Ghana meets Naija held in Accra few weeks ago became a subject worth discussing after appearing on stage with an apparel displaying parts of her nakedness. The rapper who wasn’t cool with comments passed by the public after her performance has come out with an explanation.

In an interview with Flex newspaper, Eno revealed that what people saw on stage that night and taught she was naked wasn’t actually so. To her, she was wearing something lighter to cover her skin and felt bad when she heard people saying negative things about her costume on stage. She continued that, although she knew people would talk about her performance after the night, she never expected things to turn up this way. Even though she appreciate every comment from every individual, she will still push harder as such comments only urges her to do more extra work on her music career, and she is looking forward to entertain her fans all the time.

Sista Afia – I will never spend money on a man again

Eno stated emphatically that she has finally arrived in the music business and she is ready to do good music for her fans and the world at large. She also said she sees herself as an ‘an A-LIST ARTISTE’ and not an underground act. According to her, every musician has his or her own following in the music game and also she is playing the more shows.

In her final words, the hip-pop diva said that Ghanaian musicians are doing well with their music because, some of them are being recognized on the world stage and also winning some awards for the country. She therefore called for the support of Ghanaians to help push the Ghanaian music which we take pride in, by doing this, we can get more nominations when it comes to international awards.