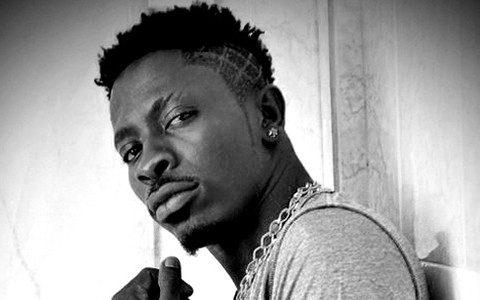 Dancehall originated in Jamaica in the late 1970s as an offshoot of reggae and has since spread to the rest of the world. The genre has become popular, not just in the Caribbean, but all over the world to the extent that international artists including Rihanna and Drake have released dancehall tracks.

While many artists try their hand on the genre, very few ensure that dancehall vibes remain in the airwaves. Who is the king of dancehall music? Find out in our list of best dancehall artists of 2017.

It goes without saying that Vybes Kartel has the most hits in dancehall and is by far the most dominant artist in the genre. Although he is currently behind bars, the dancehall sensation has topped the charts for a better part of the year and deserves the top spot as the best dancehall artist of 2017.

This last year saw Popcaan collaborate with big producers and his tracks, “Stray Dog” and “El Chapo” were among the most popular dancehall tracks of 2017.

Popcaan became famous after he started working with his mentor, Vybz Kartel, and he went on to adopt his style. From then, he has found international recognition and has worked with international producers and artists such as Major Lazer, Dre Skull, and Snoop Dogg.

Things always looked bright from early 2016 for this young dancehall prodigy, Alkaline. He has consistently created good music thanks to his lyrical style. His rise has coincided with the imprisonment on Vybz Kartel which indicates that he has everything it takes to be a dancehall king.

In 2017, he did some of his greatest hits yet including “Impact”, “Pretty Girl Team”, and “Gyalis Pro” which is a collaboration with Sean Paul. As his Kartel-inspired sound continues to hit the airwaves leaving dancehall fans anticipating for more hits, his star can only continue to shine brighter.

Masicka is a multi-talented singer, songwriter, and DJ who has taken the dancehall world by storm in 2017. His collaboration with Vybz Kartel, “InfraRed”, was the biggest dancehall hit of 2017.

Masicka’s rise in dancehall can only continue as he collaborates with some of the established dancehall artists including Aidonia and Vybz Kartel. With his talents and lyrical style, he has everything it takes to keep dancehall music flying high.

Konshens has risen to be one of the finest international dancehall artists. He teamed up with some of the biggest producers this year including Major Lazer and also collaborated with Chris Brown.

Konshens held great shows this year and released hits such as “Turn Me On” and “Right Back” which lit up the dancehall scene in 2017.

Mavado is one of the most consistent dancehall artists ever. Not a year passes without him releasing a hit and featuring in the top list of dancehall artist and 2017 was no different.

His songs, “Careless Gal”, and “Way We Roll” kept the mood high at every dancehall party. His other top songs this year include “Memory” and “Badness” which guaranteed him a place as one of the best dancehall artists of 2017.

Spice added some flavor to dancehall with her songs such as “Sheet”, which became a worldwide hit and even had a dancing challenge on YouTube. She also did “No Worries” and partnered with I-Octane on the song “Long Division”.

This past year, spice reminded her fans why she is one of the best female dancehall artists at present as her songs featured on every dancehall. She was also nominated for the MOBO award.

Charly Black is still riding high from his most famous song to date, “Gyal You a Party Animal”. In 2017, the lyrically affluent dancehall artist didn’t disappoint. His top songs this past year included “My Girl Now”, “You Are Perfect”, and “Big Bumper”.

Charly has risen to become one of the well-known dancehall artists worldwide. He is passionate about music and his lyrics and focus on love songs has made him the sensation he is today. He deserves his spot in the top dancehall artists list of 2017.

Shatta Wale continues to drop hit after hit in dancehall and has little competition in Africa. Some of his big projects this year include “Taking Over”, “Ayo”, and “Low Tempo”.

Busy Signal has always maintained his flow and melody whether he is doing reggae or dancehall. His well thought out lyrics have earned him many fans across the world.

In 2017, Busy Signal gave some of the best dancehall songs he has ever done including “Everywhere”, “Stay So”, “Go Again”, and “Table Speak”.

While 2017 was an amazing year in dancehall, it has set the bar higher for 2018. Many artists have established themselves on the map this year and will be looking to make an impact this new year by featuring in the top list of dancehall music artists.

ABOUT US
Best Multimedia is a registered company.are into Events management and organization, Artist Management and Promotion, Movie production, Music production and all kinds of entertainment activities.
Contact us: [email protected]
FOLLOW US
© Copyright 2017 - Powered By EMetrics

You have Successfully Subscribed!